Skip to Article Skip to Search About Us Skip to simple menu
McCormickRanchChiropracticBlog.com

Walking vs. Running – What’s the Best? 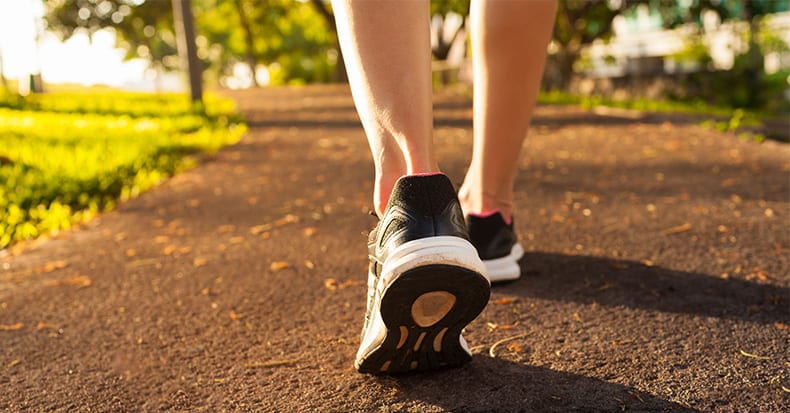 The focus on aerobic exercise is all around us. You can’t pass a magazine stand without being inundated with cover pictures of people walking, running, cycling, or doing some form of exercise. So the question begs, is walking good enough? Let’s take a look!

A GREAT plus about walking is that it can be done virtually anywhere and at any time, indoors or outdoors. It can be mixed into a routine that may include stretching, strengthening, balance training, HIIT (high-intensity interval training), and more. The options associated with combining walking with other forms of exercise are limited only by one’s imagination!

Though walking may not be as “sexy” as some other sports, scientific evidence continues to grow regarding the benefits of walking when compared with other more physically intensive activities.

It appears the trend of walking is catching on! The Centers for Disease Control and Prevention reports that from 2005 to 2010, 20 million more people initiated the habit of walking for at least ten minutes once a week. With this increase, New York, Chicago, Cleveland, and Boston and many other cities have transformed busy traffic routes into pedestrian-friendly pathways. A trend of changing from walking as a sport or separate activity to walking as a necessity such as to get to work, school, or to shops and grocery stores IN PLACE OF driving is gradually becoming more popular!

Doctors, insurance companies, and public health personnel have been promoting walking because, quite simply, “it’s good for us!” Some have described walking as “a wonder drug” without a prescription or cost because of its MANY benefits—¬a few of which include: 1) weight loss and maintenance; 2) stimulates energy (especially a couple hours after eating due to a drop in blood sugar levels); 3) it lifts our spirits (in just ten minutes, it boosts the mood for up to two hours!); 3) it strengthens our memory (in an elderly study group, 40 min. walks, three times a week resulted in a 2% average increase in the size of the hippocampus vs. a 1.4% loss in size in those that utilized only stretching; 4) heart disease protection (lowers BP by at least 4.2% and heart disease risk by 4.5%); and 5) may reduce cancer risk (in those with colorectal cancer, those that walked for six or more hours a week were 60% less likely to die from the disease than the sedentary patients. One hour of daily walking may reduce a woman’s likelihood of a breast cancer onset by 14%).

If a more intense exercise effect is desired, interspersing short, intense bursts of high-intensity activity for short time periods can add additional health benefits. For example, try walking for five minutes at a leisurely pace (2.5-3 miles/hour on a treadmill) followed by five minutes at a brisk pace (3-3.6 mph)—walk as if you’re late for an appointment, followed by a 30 second really fast walk (4.5 mph) and then taper back down in reverse order. Increase the ‘sets’ gradually as you’re able to.

There are so many ways you can walk! The bottom line: Whether you walk, run, or mix it up, the evidence is clear—ALL approaches far outweigh none. Plus, you’ll live a longer and happier life!

Thousands of Doctors of Chiropractic across the United States and Canada have taken "The ChiroTrust Pledge":“To the best of my ability, I agree to
provide my patients convenient, affordable,
and mainstream Chiropractic care.
I will not use unnecessary long-term
treatment plans and/or therapies.”

Members of ChiroTrust® have taken
“The ChiroTrust Pledge”:

“To the best of my ability, I agree to
provide my patients convenient, affordable,
and mainstream Chiropractic care.
I will not use unnecessary long-term
treatment plans and/or therapies.”

You will receive updates